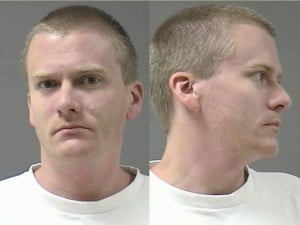 Justin Flor plead guilty to conspiracy to manufacture, distribute, and possess with intent to distribute marijuana.

Richard Flor, his wife Sherry and their son Justin ran a medical marijuana operation out of their home and from a Billings dispensary. Richard Flor was a co-owner of Montana Cannabis, one of the state's largest medical pot operations and a target in the March 2011 raids by federal agents on marijuana providers across Montana.

The raids targeted large-scale medical marijuana operations, casting a pall on a once-booming industry while the providers argued that they were in compliance with state law. The U.S. Attorney's Office, citing a ruling by U.S. District Judge Donald Molloy in another case, said when a state medical marijuana law conflicts with the federal Controlled Substances Act, the federal law prohibiting the manufacture and distribution of marijuana prevails.

After a five-hour hearing that included emotional testimony from Richard and Sherry Flor's daughter, U.S. District Judge Charles Lovell passed down the harshest sentences related to those raids.

Lovell sentenced Richard Flor to five years imprisonment on a charge that he maintained a drug-involved premises. Flor, 68, suffers from numerous ailments, and Lovell recommended that he be evaluated by federal prison hospital officials to determine what facility would be best suited him.

Sherry Flor was the bookkeeper for the family's Miles City operation and tended the plants growing in the backyard. Lovell sentenced her to two years in prison after she pleaded guilty to money laundering and conspiracy to manufacture, distribute and possess with the intent to distribute marijuana.

Justin Flor operated the Billings dispensary and also tended to the plants growing at the home. He was sentenced to five years in prison on the conspiracy charge and after he was found to have violated the conditions of his release after his arrest last June.

Justin Flor POW420 No-one belongs in jail for a plant marijuana
Do you like this page?
Tweet