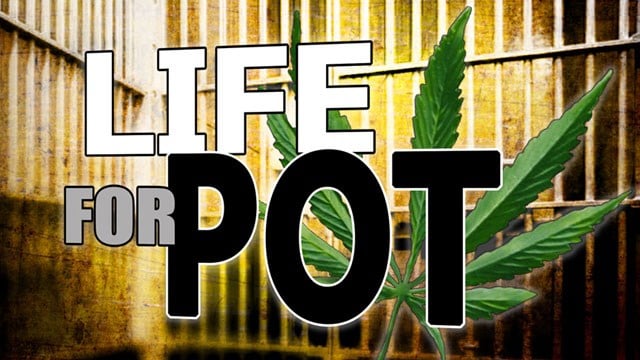 Life in Prison for Selling $20 of Weed

Fate Vincent Winslow was homeless when he acted as a go-between in the sale of two small bags of marijuana, worth $10 in total, to an undercover police officer. Police did not arrest the white seller, even though they witnessed the entire transaction and found the marked bill used to make the controlled drug buy in his pocket. Winslow, who is Black, was sentenced to mandatory life without parole under Louisiana’s four-strikes law based on prior convictions for simple (unarmed) burglaries committed 14 and 24 years earlier and a nearly decade-old conviction for possession of cocaine.

Fate Winslow POW420 No-one belongs in jail for a plant marijuana Life for Pot
Do you like this page?
Tweet