Andrew Mason ~Out on Bond

We registered via VineLinks to track Andrews information. From VineLinks ~ This e-mail is to inform you that ANDREW MASON has been released from custody as of 7/25/2014.  The reason for this release is: Bonded out. 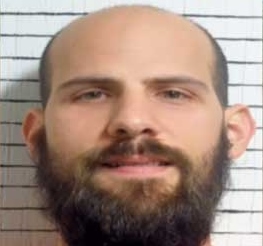 
According to the Oklahoma Bureau of Narcotics, Robert Shepard and Andrew Mason were stopped last week outside of Oklahoma City for following another vehicle too closely. That's a common charge in states neighboring Colorado, where troopers have been profiling certain cars with green-and-white license plates and pulling them over for minor infractions. Narcotics agents say the Florida men were acting nervous during the stop, which prompted agents to call out a drug dog, Xena.

It didn't take long for Xena to alert officers to the fifty pounds of pot products in the car. Although the seized items aren't listed on the police report, cops say they found e-cigarette cartridges containing cannabis oil, waxes and dozens of edibles, including butters and oils. All of them are things you can legally buy, possess and use in medical and recreational marijuana states, at least to some degree.

But in Oklahoma, such items can quickly add up to massive felony charges. Cops say the products sell for as much as five times their original price once they're shipped out of state, which might help explain the $250,000 figure given by the Oklahoma narcotics cops.

Andrew Mason POW420 No-one belongs in jail for a plant marijuana
Do you like this page?
Tweet