Jayme has been released. Welcome home. Jayme was sentenced to prison for pot. No-one belongs in jail for a plant. Israel has been released. Welcome home! Israel Cavazos, three and a half years in prison.

Josh has been released.  Welcome home.

Here is his story in his own words from a blog he wrote in 2011:

“Hi! My name is Josh Heintzelman and I’ve been using marijuana since I was 14 years old and have never believed marijuana should be illegal. I just recently was arrested for the 3rd time for possession of marijuana with intent to distribute in the state of Georgia, A state that a zero tolerance for this beautiful herb. The first time I was arrested, At the age of 17, they sent me to boot camp for 3 months. I came out did my probation like I was suppose to and then when back to smoking marijuana.

The second time I was convicted of possession with intent they gave me a 10 yrs do 1 yr and I ended up doing boot camp for 3 months. I did the probation again like I was suppose to and got off probation october 2011 and started back using marijuana. On July 25th 2011 a friend and his wife got into an arguement and he decided he would come over for a visit without her. She got mad and decided she would call the police and tell them that we were at my house smoking marijuana in front of my children. The police showed up at my house about 9:00 am and I wasn’t home because me and my friend went for a ride out of town, But my wife was still at home asleep and they woke her up and told her they recieved a call that we was smoking marijuana in front of our children.

Keep in mind nobody was awake and me an my friend were gone. When she open the door she stepped back a little and the police stepped on in and one of the police officers said he smelled marijuana, But there was no way he did because we didn’t smoke before we left and the marijuana that was at the house was in a air tight box that the smell can’t get out of. So, after he said he smelled it he asked my wife if there was any illegal drugs in the house and with her just getting out of bed she shrugged her shoulders and said I don’t know. The officer than informed her that because of her answer he was going do a search of the residents. my wife not really knowing law didn’t know they needed a search warrant but the officer said he had probable cause because of the 911 call and the smell that wasn’t there. They found some marijuana in a big zip lock bag and a little bit in a sandwich bag that was different from the other so I didn’t want to mix them. I also had a pair of scales to make sure when I bought my marijuana that I was getting what I paid for. When I returned home I was informed by my mother that they took my wife to jail and that they were going to issue a warrant for my arrest but not to turn myself in untill it was issued. My wife got out the next day on a property bond and I waited for them to call and say I had a warrant. I made sure I had someone to post my bond and went and turned myself in.

I still, even though I don’t know what the outcome will be don’t believe marijuana should be illegal. Think about this, In all these years that I have been in the system you would think if the judicial system thought marijuana was an addictive drug that was bad for me, Wouldn’t you think they would offer me some sort of rehab instead of the prison system? The second time that I got arrested for possession with intent, I put myself through a out patient rehab and they wouldn’t even take me unless I said I had used some other drug other than marijuana, so I lied and told them that I used all kinds of drugs just so I could get in the door. The six months I spent going to this rehab they never once mentioned marijuana. All they wanted to talk about was meth, coke, alcohol, and all other man made drugs. That tells me that the courts and the rehabs all don’t believe marijuana is bad enough to put someone through rehab or drug courts, even though it’s my wifes first offense, they said she don’t qualify for drug court. So, If the courts believe this is such a bad drug and that it is so addictive why won’t they give marijuana users rehab to get help instead of just throwing us behind bars every time they catch us? I know the reason is because they can’t find a way to patent it and tax it so the only way they can make money off marijuana is to throw us in jail get the money from the tax payers to house us in the prisons and then hit us with all these big fines after we get out of prison.

They are spending 1 billion dollars a year to house people in prisons just for marijuana charges alone. I think if they would let the ones out with marijuana charges, Create the legal marijuana industry, And put those people to work in that industry they would save that billion dollars a year and create more revenue for our country off the taxes and we could end this whole deficit we have. Not to mention we could stop destroying families by taking loved ones to prison for an herb God put here for our use. I am the average Joe that goes to work every day and if I want to smoke a joint at the end of the day after my kids go to bed that should be my CHOICE. I know I’m willing to pay taxes on my weed and I’m sure you are too.”

Josh turn himself in On December 22nd and will be transferred to the facility on Christmas Eve. He will be there for 6 months.

Karen has been released. Welcome home! Karen was in prison for 4 years for Marijuana. 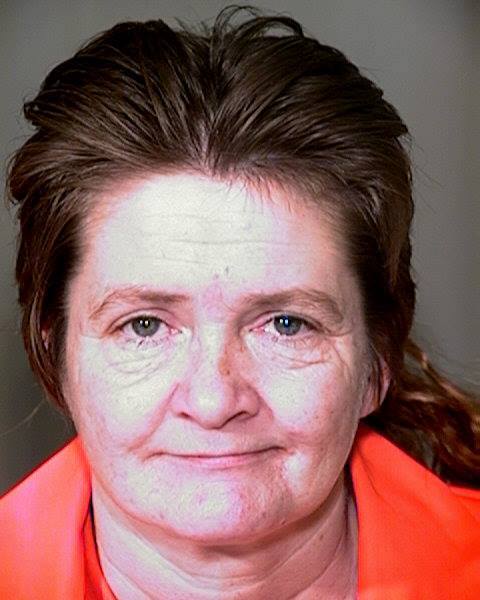 Randy has been released. Welcome home.

Richard has been released - Welcome home.

Dale has been released. Welcome home. Dale was sentenced to 5 years in prison for marijuana.

US vs Dale Schafer

Aaron has been released. Welcome home.

Why is Aaron Zeeman’s case different? They want to put Aaron in prison for talking about marijuana with the self proclaimed cannabis minister, from a Ministry that our local government had knowingly allowed to dispense marijuana openly for many years.

Aaron Zeeman, a poor, disabled medical marijuana patient who had nothing illegal in his possession even after police raided him twice. Still the government is seeking a 5 year mandatory minimum sentence for ‘conspiracy’ based on recorded conversations he had on the phone with Roger Christie about marijuana.

Larry has been released. Welcome home. Larry was sentenced to a LIFE sentence for marijuana.

This was done via a motion filed by the US - order to reduce term of imprisonment to time served.

Larry Ronald Duke is LWOP POW- this means Life Without the Possibility of Parole. Larry is a 66 year old man who has served 24 years of his two life-without-parole sentences for a marijuana-only conspiracy.

In 1989, Larry and co-conspirators purchased marijuana from a government confidential informant–who had a prior marijuana arrest. Undercover officers set up the sale, and arrested Duke and his co-conspirators after delivering 4,800 pounds of marijuana to them.

Larry is a decorated Vietnam combat veteran who served two tours of duty in Vietnam with Delta Company 1st Battalion, 7th Marine regiment. Mr. Duke has been diagnosed with post-traumatic stress disorder due to his military service in Vietnam.

“While I was there, I often thought I would probably die in a firefight in Viet Nam, and then later, I thought maybe I’d catch a streamer while sky-diving and crash and burn. Or perhaps, lose control of a car at a very high rate of speed, but never in my wildest dreams have I ever imagined I’d die in prison.”

Larry has been incarceration since 1989. Prior to his arrest Larry was a carpenter and inventor. Larry continues to work on engineering problems in prison. Larry Duke obtained a federal patent for a clean water-delivery system while serving his life sentence.

Larry has a wife, two children, two grandsons, and a large extended family who needs him home. Larry fervently wishes that Congress will “opt to give some degree of hope of our having one more shot of Tequila, and one more slow dance with Sheila before we go.” –Larry Ronald Duke