Marijuana and the Cannabinoids ~ Click here for FREE pdf book
Edited by: Mahmoud A. Elsohly, PhD 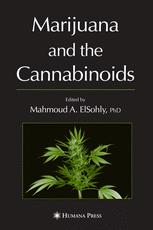 ElSohly Laboratories, Incorporated (ELI) is a privately held Mississippi Corporation certified by DHHS and the College of American Pathologists and registered with DEA and FDA, which has been offering analytical and advisory services to the drug testing community since 1985.

ELI is a small company of well-trained people who are dedicated to helping solve analytical problems in the area of drugs of abuse. ELI is a multifaceted laboratory performing testing for drugs of abuse, reference analyses for commercial and governmental clients, preparing and shipping blind quality control specimens, laboratory controls, standards and internal standards, and performing research and development activities.

THE TRUTH ABOUT MEDICAL MARIJUANA

The cannabis cultivated and distributed to the 4 remaining IND Patients is grown by Mahmoud.

"The National Institute of Drug Abuse (NIDA) administers a contract with the University of Mississippi to grow cannabis for research purposes and is the only legal source for cannabis [marijuana] in the United States.

Robert C. Randall, a glaucoma patient who, in 1978, became the first individual granted the legal right to regularly use marijuana medically, in 1999 co-wrote with his wife Alice O'Leary the following description of the halting of the Compassionate Investigational New Drug (IND) Program for medical marijuana:

"[I]n the early 1990s when FDA [U.S. Food and Drug Administration] was compelled to expand the nation's Compassionate IND program for medical marijuana to include HIV+ people and Americans afflicted by neurologic disorders like paralysis, multiple sclerosis, and muscular dystrophy.... federal drug agencies were whipsawed by these accelerating demands for care.

DEA [U.S. Drug Enforcement Administration] steadfastly maintained marijuana has no medical value even as FDA authorized marijuana's compassionate medical use for the treatment of an expanding number of life- and sense-threatening diseases. By April 1991, this profound contradiction in federal policy brought the medical prohibition into crisis....

What Is the US government's Compassionate Investigational New Drug (IND) Program for Medical Marijuana? 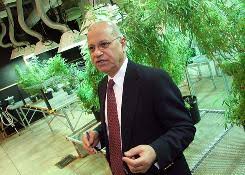