Marc has been released. Welcome home.

Canadian citizen and cannabis law reform advocate, Marc Emery is serving a five year sentence in federal prison for selling cannabis seeds. On May 2010, Canada allowed Marc, age 52, to be extradited to the US to answer to these charges. Three years later, Marc is requesting transfer to serve the remainder of his sentence in Canada.

On July 1994 Emery opened a Hemp BC in Vancouver British Columbia. Hemp BC sold paraphernalia and various cannabis retail items.  Marc Emery was arrested during operating this business especially after it was featured in the Wall Street Journal. Marc helped found several freedom based political parties. Mr. Emery also ran for Mayor of the city of Vancouver three times.

“Plant the seeds of freedom, overgrow the government,” Emery said, “Sooner or later they will simply give up and change the laws.” Marc spent a considerable amount of time and money funding activist projects focused on cannabis education and legal reform.

This is another injustice of the WAR on Cannabis. NO-ONE BELONGS IN JAIL FOR A PLANT. 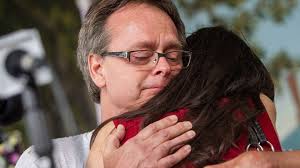 Marc Emery POW420 No-one belongs in jail for a plant marijuana Released
Do you like this page?
Tweet