Aloha. Share's over 65 and has painful Lyme Disease, insomnia and anxiety. She didn't do anything wrong to anyone, and there were zero victims to her so-called crime. Share was ruled to be sincere and legitimate / religious in everything she did by Judge Kobayashi. Who else in U.S. history has ever received such a solid ruling for religious use of Cannabis? Share told me that she was made to sleep in the hallway the first two nights in prison with no sheets, pillow or blanket and not allowed her prescription sleep medicine. She was only given heavy boots to wear that she says are too small and hurt with every step. Endurable? Easy for you to say. We were coerced into conditional plea deals after I was slandered as a Danger to the Community and denied bail eight times, denied media contacts and visitors except lawyers. We weren't headed for a fair trial - we were headed for a firing squad facing 40 years each. Our reasonable motions were denied with obvious government lies. We had a total of seven lawyers and all of them sucked in one important way or another. This is after being assured that we were legal by every level of law enforcement (D.E.A., U.S. Attorney, etc., etc.) repeatedly for almost ten very public years of operation. If Share had done prison time when I did our most precious possessions would have likely disappeared, our farm would have run down or worse, our sweet animals would have been abandoned, etc. I'm not complaining - I'm reporting. We're not "victims". We're exercising our mana, our inner spiritual strength in the face of extreme government corruption. We bought the ticket and now we're taking the ride ... in order to bring the war on marijuana to an end with our case. And our case is now in the U.S. Supreme Court with all of our terrific facts, evidence and sincere and professional declarations. It's a very challenging, but beautiful thing and the rarest of activist opportunities. ~ Roger

Roger has been released. Welcome home.

Sponsor a POW420 is a questionnaire that enables YOU to directly make a difference in helping pot prisoners. It has all the information about the person: from their story in their words, to their contact information, what they need, hobbies, and how you can help! Can you Sponsor a POW420 today? 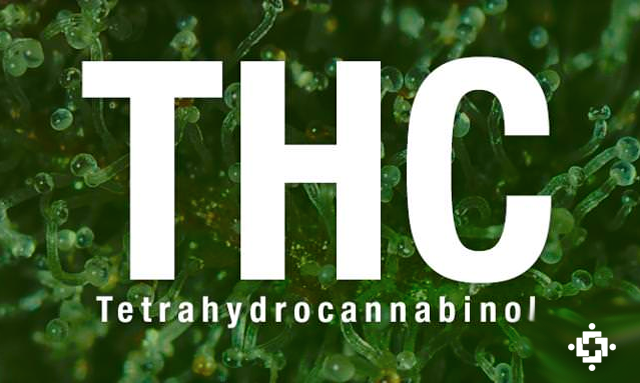 A Berlin man was charged today with conspiring to distribute more than 1,000 kilograms of marijuana, as well as money laundering and tax evasion.

Thank you for reaching out to me. I've got an incredible story that may interest many people. As you know I've been convicted of an international smuggling Mj ring and got mandatory life. In short I've got no criminal history and there was no violence of any kind in the alleged organization and further more no evidence at all on the MJ coming from Canada. The Jury was tricked into believing that the Mj was from Canada because we were mostly all from there and that's not good grounds for conviction of importing. I would like to share my story with all of you and really bring to light what happens to people like me who refuse to co-operate with the Government. Please let me know what you think would be effective and interesting to the supporters out there. I've been thru a lengthy process that destroyed my life and I will never stop fighting for my freedom. Thanks again for the card your the first person to reach out to me and I'm very great full to you all for it. Sincerely your friend Gates

Gaetan “Gates” Dinelle, 42, Cornwall, Ontario was sentenced Thursday in a U.S. federal court for his role in an international marijuana operation.

The jury found that both defendants were participants in three separate but related conspiracies that all involved 1,000 kilograms or more of marijuana: (1) conspiracy to possess with intent to distribute and distribute [Count 1]; (2) importation into the United States from Canada [Count 2], and (3) distribution in Canada, knowing or intending for the unlawful importation thereafter into the United States [Count 3]. The jury also found that both defendants engaged in, and further, were principal administrators, leaders, and organizers of continuing criminal enterprise (“CCE”) which received more than $10,000,000 in a single year of the enterprises’ existence [Count 9].

As a result of the CCE conviction, both defendants face mandatory life imprisonment.   Sentencing is currently scheduled for December 8, 2015, in front of Senior U.S. District Judge Norman A. Mordue.

Suson Catlin has been letters to the Governor's Office hoping someone out there will help get her 27-year-old son, Kyle, out of prison—where he's been since mid-January over nonviolent marijuana felony charges. Unsurprisingly, she hasn't received a response. But as I imagine most mothers would, Suson is willing to exhaust all options. Hope dies last.

DEA and Columbus police seize 2,000 pounds of marijuana and more than $1.2 million in cash

Four defendants were arrested on Tuesday, February 2nd, 2016, on charges related to running a marijuana ring between Tucson, Ariz. and Columbus, Ohio. Investigators have seized more than 2,000 pounds of marijuana and more than $1.2 million in cash in connection with the investigation.

According to court documents, investigators initiated the investigation into a multi-kilogram marijuana drug ring in November 2015. Detectives learned large shipments were being imported into Columbus on a monthly basis by a male identified as Damian Edwards, a Jamaican native.

While conducting surveillance, law enforcement officials observed defendants renting and driving large vehicles and meeting at locations near the Polaris Shopping Place before following one another to a hotel nearby.

The defendants were each charged with conspiracy to possess with intent to distribute marijuana, a crime punishable by a range of 10 years up to life in prison, and a $10 million fine.

Initial court appearances for the arrestees occurred on February 3rd before U.S. Magistrate Judge Norah McCann King. They include:

U.S. Attorney Stewart commended the cooperative investigation by the DEA and Columbus Division of Police, as well as Assistant U.S. Attorneys Michael Hunter and David Bosley, who are prosecuting the case.

Charges contained in a complaint are allegations. All defendants should be presumed innocent until and unless proven guilty in court.

Clowers paid minor fines and served probation time for loitering, reckless driving and possession of small amounts of marijuana as a teenager. Otherwise, he had a clean record.

According to Clowers, while he was in jail for a marijuana arrest, Federal agents asked him about drug dealing activities of which he said he knew nothing. The agents threatened to charge him with more serious crimes if he did not cooperate, which he did not.

Months later, he was arrested following a traffic stop, when a police search of his car revealed a marijuana butt, a revolver and cash. Living up to previous threats, he was charged with being a ringleader in a crack distribution operation, a charge which Clowers adamantly denies.

Clowers was convicted mainly based on the testimonies of witnesses who received reduced sentences in exchange. Despite his minor criminal history, he was sentenced to mandatory life without parole at the age of 20.

The drug amounts which were the basis of the sentence were not charged on the indictment. Instead, they were adopted by the sentencing judge based on a determination by a federal probation officer, even though no crack or powder cocaine had been seized by the authorities.

Long interested in philosophy, while in prison he says he loves to read, meditate, “and travel with my spirit and mind.” As a follower of the Tree of Life school of thought, he says he is “fighting for my freedom and trying to align with the positive aspects of my destiny.”